The Star of Venus (The Wanderer) Woodcut 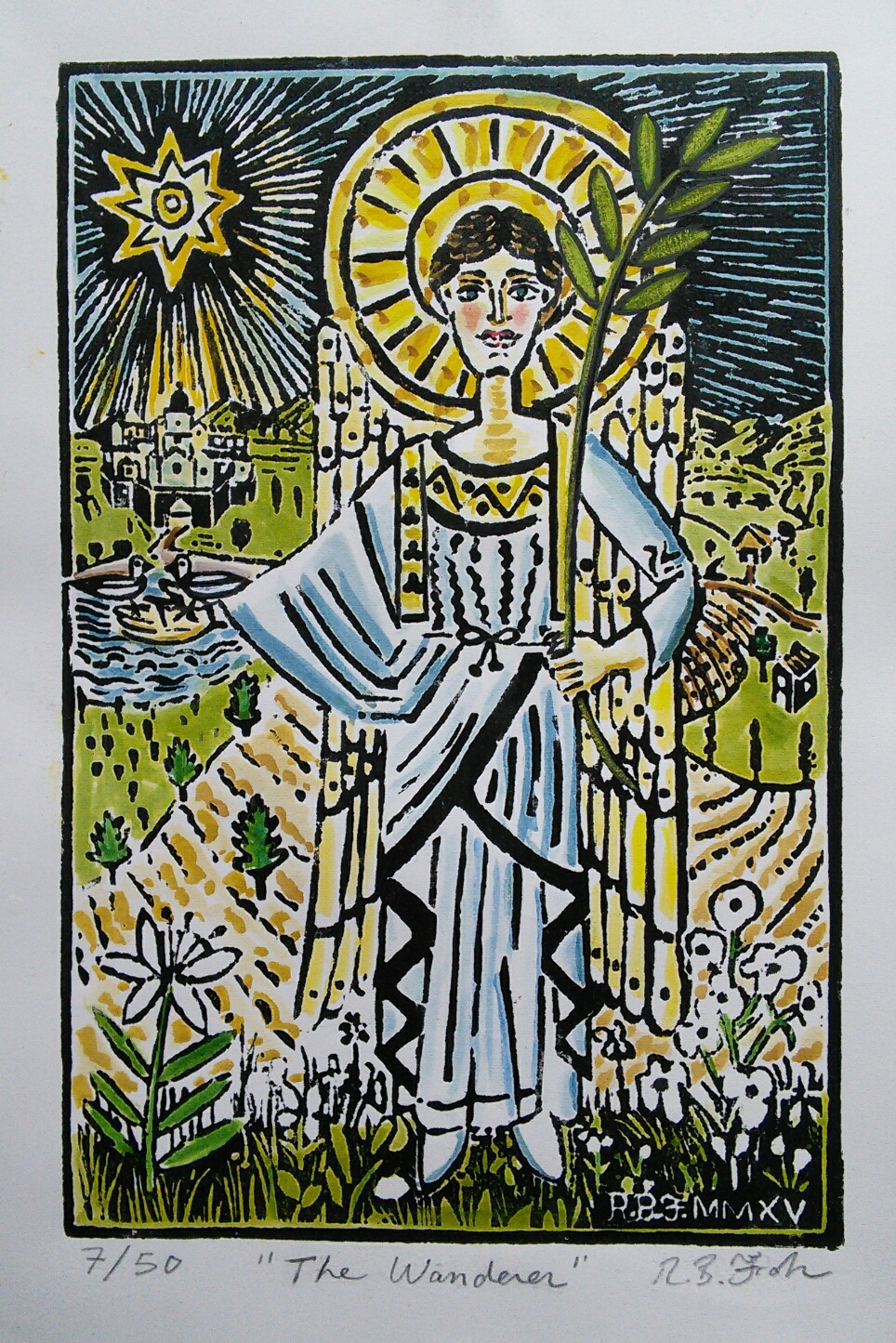 “Inanna’s Descent” is an ancient Sumerian myth. According to the story,  Inanna embarkes upon a voyage to the underworld to visit her sister, Ereshkigal. This is a shamanic journey, a voyage inward to recover lost or supressed parts of ourselves in order to become a complete person. It is a process of death and rebirth, of reuniting with and integrating the dark, shadow side of oneself.

This story predates the myth of Zeus and takes place at a time  when the Goddess ruled the heavens, the earth, and the underworld. It was written as a poem in cuneiform on clay tablets at some point in time between 3500 B.C. and 1900 B.C., though it may have been created at an even earlier date. It is among the world’s oldest known poems.

Becoming Who We Are Meant to Be

Inanna was the earlier, divine personification of the planet Venus.The word planet comes from the Greek term planetes meaning “wanderer”. Like Inanna, sooner or later we are called upon to journey to faraway foreign places, some of these are dark interior regions from which we may return but not as the same person. Along the way we get lost, we die, we are reborn, we are wanderers, at least for awhile.

Some friends tell me that I have created a religious picture. While I don’t reject that idea because I like some religious art, that was not my intention. I see the angel as a fully-realized, fully-integrated and complete embodiment of ourselves which we all possess. It is all good and all love. It is our essence, who we really are.

from the opening lines of the poem,

“Inanna’s descent represents the supreme wisdom of the feminine journey – she goes down to the place of grief, accepting the mourning that inevitably goes with the loss of our illusions about someone, or indeed about ourselves.”

Working with wood reminds me of my great-grandfather, Bryant W. Armstrong.  He often said, or so I’ve been told,  that “If something is worth doing then it’s worth doing right.”  He was a carpenter who built, among other things, houses, grandfather clocks, and even a church. He headed the  B.W. Armstrong and Son building firm and was the foreman responsible for the construction of the present St. Bernard’s Catholic Church in Madison, Wisconsin where he was also a member. But to me his greatest creation is the family and love he and my great-grandmother, Elizabeth, built together which lives on through their offspring. The love we build will always be stronger than churches, monuments, paintings, clocks, woodcuts, or any other thing we humans make, “love abides” . My great-grandfather’s example inspires me and I try to live  up to it. I hope he would approve of my efforts. I can’t say that I always do things right, but I do the best I can, and that’s all we can do.

Follow Robert Froh to receive news and updates about new posts and products as well as current and upcoming exhibtions.